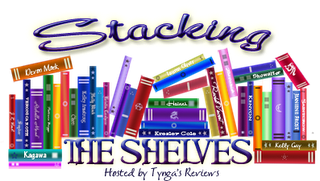 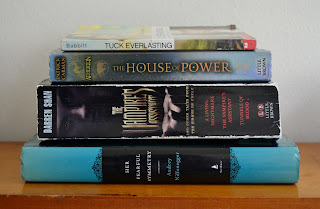 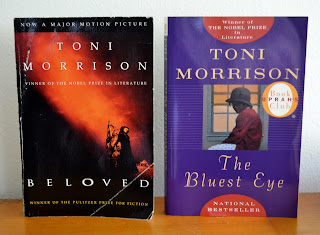 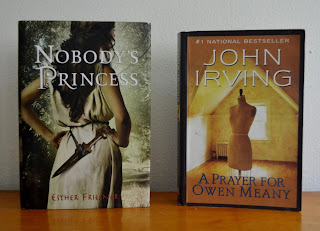 The Dream Thieves (The Raven Cycle #2) by Maggie Stiefvater
(I just finished the audiobook of The Raven Boys earlier this week so I'm excited to read this!)

Friday Finds is a blog meme hosted over at Should Be Reading that highlights the books you found and added to your To Be Read list, whether you found them online or in a bookstore and etc. They are not necessarily books that you purchased!

[My to-read list on Goodreads is over 900 currently so I've probably already added everything and just might be able to keep these lists to a minimum.]
Here are the books I'm showcasing for this week!

SYNOPSIS:
The two that are one must become the one that is all. One to save the world, one to destroy it.

San Francisco:
Nicholas and Perenelle Flamel have one day left to live, and one job left to do. They must defend San Francisco. The monsters gathered on Alcatraz Island have been released and are heading toward the city. If they are not stopped, they will destroy everyone and everything in their path.

But even with the help of two of the greatest warriors from history and myth, will the Sorceress and the legendary Alchemyst be able to defend the city? Or is it the beginning of the end of the human race?

Danu Talis:
Sophie and Josh Newman traveled ten thousand years into the past to Danu Talis when they followed Dr. John Dee and Virginia Dare. And it’s on this legendary island that the battle for the world begins and ends.

Scathach, Prometheus, Palamedes, Shakespeare, Saint-Germain, and Joan of Arc are also on the island. And no one is sure what—or who—the twins will be fighting for.

Today the battle for Danu Talis will be won or lost.

But will the twins of legend stand together?

Or will they stand apart—one to save the world and one to destroy it?

I thought this was a pretty great ending to a fun and adventurous series.

I got hooked on this series shortly after reading the 'Percy Jackson' series by Rick Riordan. I wasreally into mythology thanks to Riordan's books and this series was a perfect way to get more of that before 'The Heroes of Olympus' series surfaced. 'The Secrets of the Immortal Nicholas Flamel' series has more than just mythology, though. It's a conglomeration of mythical gods and creatures, facts, historical figures from all different times and places, and more. There is literally something for everyone in this series!

I loved the characters. I loved how Scott brought Joan of Arc, Billy the Kid, Dr. John Dee, Nicholas Flamel, Gilgamesh, Promethius, Virginia Dare, and so many more to life. I wasn't joking when I said people from all different times and places. Scott took these well known characters (and some that I'd never heard of previously) and gave them immortality to tie their stories into this grand tale and had them work together or become enemies. And even better, he took two seemingly normal teenage siblings and gave them a destiny and story of their own.

This entire series has been a fast-paced, educational, and fun adventure. 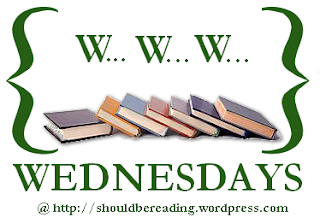 The Archived by Victoria Schwab
What did you recently finish reading?

A Room With A View by E.M. Forster
What do you think you'll read next?

Last week's WWW Wednesday
What are you reading?﻿
Posted by StacyRenee at 11:55 AM No comments:

(I listened to the audiobook of The Raven Boys throughout the week but I didn't keep track of it, nor did I count any invisible pages into my daily page count like everyone else seems to have done.)
Day 1:
I started reading 'The Enchantress' by Michael Scott. Read 224 pages.
Day 2:
I wasn't home most of the day so I only read about 75 pages.
Day 3:
I read 200+ pages and finished 'The Enchantress'.
Day 4:
I started and read about 16 pages of 'A Room With A View', got bored and read 184 pages of 'The Hobbit'.
Day 5:
I read about 166 pages and finished 'The Hobbit'. I read some more of 'A Room With A View' but didn't keep track of the pages.
Day 6:
I didn't really want to read so I ended up making Harry Potter wands and a Doctor Who galaxy shirt while listening to my audiobook (pictures will be up on my art blog soon.)
I don't know how many pages I read, but I got to pg 122 in 'A Room With A View' and read the first chapter of 'The Archived' by Victoria Schwab.
Day 7:
I finished 'A Room With A View' first thing in the morning. I also listened to the remaining 2-3 hours of 'The Raven Boys' on audiobook. I was going to power through 'The Archived' but I just wasn't in the mood to read anymore.

I haven't added up my total page count because that didn't matter much to me. ﻿
Posted by StacyRenee at 8:20 AM No comments:

In order to develop a secure defense against a hostile alien race's next attack, government agencies breed child geniuses and train them as soldiers. A brilliant young boy, Andrew "Ender" Wiggin lives with his kind but distant parents, his sadistic brother Peter, and the person he loves more than anyone else, his sister Valentine. Peter and Valentine were candidates for the soldier-training program but didn't make the cut—young Ender is the Wiggin drafted to the orbiting Battle School for rigorous military training.
Ender's skills make him a leader in school and respected in the Battle Room, where children play at mock battles in zero gravity. Yet growing up in an artificial community of young soldiers Ender suffers greatly from isolation, rivalry from his peers, pressure from the adult teachers, and an unsettling fear of the alien invaders. His psychological battles include loneliness, fear that he is becoming like the cruel brother he remembers, and fanning the flames of devotion to his beloved sister.
Is Ender the general Earth needs? But Ender is not the only result of the genetic experiments. The war with the Buggers has been raging for a hundred years, and the quest for the perfect general has been underway for almost as long. Ender's two older siblings are every bit as unusual as he is, but in very different ways. Between the three of them lie the abilities to remake a world. If, that is, the world survives.
MY THOUGHTS:

First of all, I feel like I need to express that I do not support this author at all. I borrowed this book from the library and after finding out that Orson Scott Card is an asshole, I will not be going to watch the movie in theaters nor will I ever purchase one of his novels. I know, we are almost 30 years too late to care about how much money he makes and what old fashioned agenda he has planned for those royalties, but I will never help fund the spread of HATRED. I greatly appreciate it when people don't try to spread their religion and hatred to the rest of the world.

Author aside, I rather enjoyed Ender's Game.

At the age of 6, Andrew 'Ender' Wiggin is taken to Battle School, which is a sort of space station floating in orbit around Earth. About 100 years before, aliens - better known to these characters as 'buggers' - attacked Earth and were defeated but are expected to return soon so brilliant young children are collected and brought to Battle School to become soldiers . Ender's something of a genius and the people that run the battle school hope for him to be the best and become a commander in the next 'bugger war'.

The majority of this novel is Ender learning to deal with the lack of gravity and how to 'fight' in what I can only compare to the likes of 'laser tag' wars against other children. It all seems like good fun but the majority of these children (ages 6 to 13-ish) comport themselves like soldiers and take things pretty seriously. The other half is Ender dealing with an inner struggle against himself and what he thinks he might become but hopes with all his heart that he won't. It was really easy to sympathize with him.

One thing I thought was a little strange but added to the novel was the lack of adults. There seemed to be a few onboard the Battle Station, but the author gave the impression that these children taught themselves and taught each other everything they knew. Genius or no, it seems a bit far fetched that any child could learn battle strategies from another child. But that's exactly what happened. Ender learns from a multitude of people but mostly from himself because he had a quick wit and discovered things that no one else seemed to have thought of before.

While reading, I was just kind of  'eh'  about the whole novel, but the ending - THAT ENDING - really kicked it up a star.

There's a lot of bullying in this novel and some themes of murder but otherwise, I'd recommend it to young readers and adult readers alike.

The Obsidian Blade (The Klaatu Diskos #1) by Pete Hautman
(I'd have taken a picture like usual, but this book came so mangled that it looked like a rolled-up newspaper that had gotten squashed beneath a ton of bricks. I have it under the weight of about a hundred other books hoping that it will straighten it out a little.)
Many thanks to Oops! I Read A Book Again for the chance to read this!

FOR REVIEW
(from LibraryThing)

The Enchantress (The Secrets of the Immortal Nicholas Flamel #6) by Michael Scott
The Archived by Victoria Schwab
Grave Mercy (His Fair Assassin #1) by Robin LaFevers
(I had Grave Mercy on hold at the library for a long time and it finally came in a couple of days before the free audiobook (below) so I guess now I can read along with the audiobook.)

KINDLE FREEBIES
(These are freebies that I downloaded when they were free [but may no longer be] or after posting my Freebie Friday post. Be sure to check out my FREEBIE FRIDAY post for more Kindle freebies.)

What did you add to your shelves this week?
Posted by StacyRenee at 7:15 AM 10 comments:

Friday Finds is a blog meme hosted over at Should Be Reading that highlights the books you found and added to your To Be Read list, whether you found them online or in a bookstore and etc. They are not necessarily books that you purchased!

[My to-read list on Goodreads is over 1000. It grows drastically way too often.]
Here are the books I'm showcasing for this week!

The White Tree (The Cylce of Arawn #1) by Edward W. Robertson {AMAZON}
Silver (The Silver #1) by Cheree Alsop {AMAZON}
Regent (The Balance of Power #1 ) by Brian Rathbone {AMAZON}

What did you add to your TBR list this week?﻿
Posted by StacyRenee at 7:00 AM 4 comments: