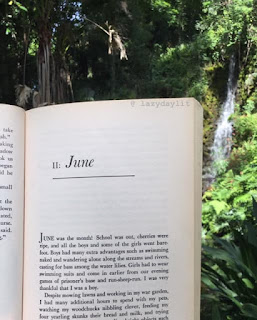 How's the start of summer been treating you?
It's been extra hot here lately so we've attempted to spend more time indoors this month. I had more time to read in the first half of the month but the last week or so was filled with adventures and I didn't have the chance to blog so I'm going to need to catch up with reviews soon!


Picture Books We Reviewed in June
We received and reviewed (for free) three new Margaret Wise Brown picture books from Silver Dolphin Books! Count to 10 with a Mouse, Sleep Tight Sleepy Bears, and The Diggers. 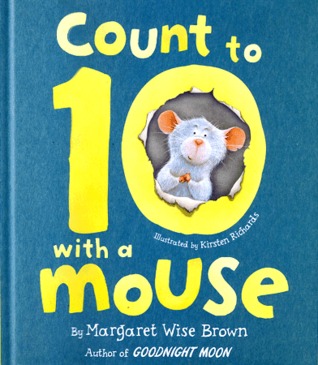 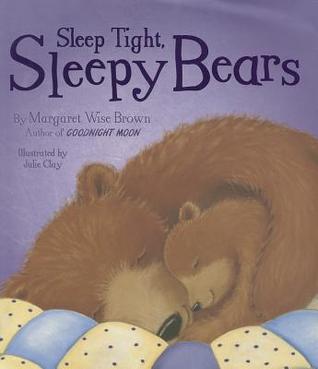 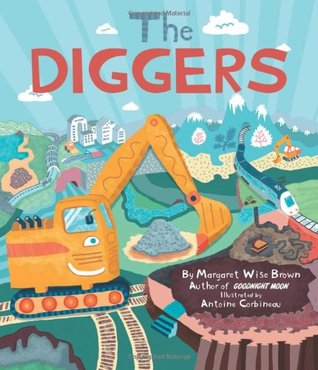 We received Nat Geo Kids' Captain Aquatica's Awesome Ocean by Jess Cramp from the publisher as well and dug into it and The Sea Book by Charlotte Milner for World Ocean Day! 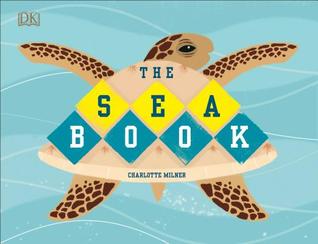 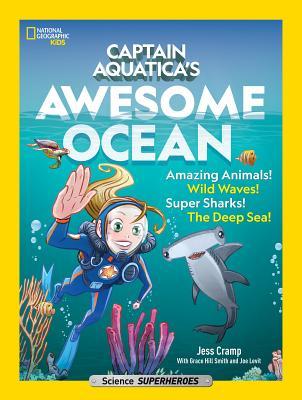 And of course we fit in a few others! 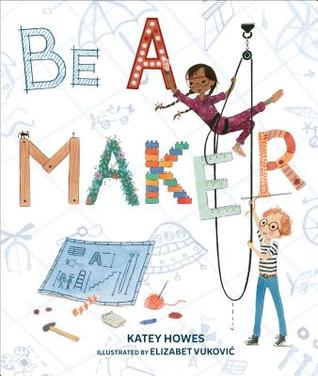 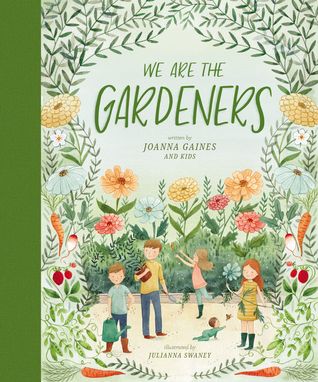 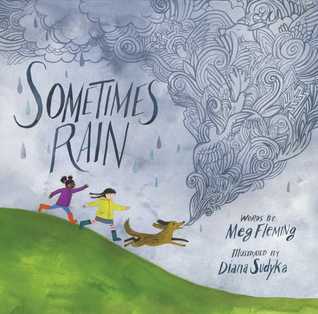 I read Flush by Carl Hiaasen (because I loved Chomp!) and should have a review up for Hoot soon!
Through the Woods by Emily Carroll is a graphic horror novel collection of short stories and I really enjoyed it.

I also got my reviews of Shadow and Bone and its sequel Siege and Storm by Leigh Bardugo up. I'm still last-minute reading Ruin and Rising so I'll have that review up next month!

I hope everyone has a wonderful July! Happy reading!
Posted by StacyRenee at 3:30 AM No comments:

Email ThisBlogThis!Share to TwitterShare to FacebookShare to Pinterest
Labels: 2019 wrap up, Wrap up

Synopsis:
Hunted across the True Sea, haunted by the lives she took on the Fold, Alina must try to make a life with Mal in an unfamiliar land, all while keeping her identity as the Sun Summoner a secret. But she can't outrun her past or her destiny for long.

The Darkling has emerged from the Shadow Fold with a terrifying new power and a dangerous plan that will test the very boundaries of the natural world. With the help of a notorious privateer, Alina returns to the country she abandoned, determined to fight the forces gathering against Ravka. But as her power grows, Alina slips deeper into the Darkling's game of forbidden magic, farther away from Mal. Somehow, she will have to choose between her country, her power, and the love she always thought would guide her--or risk losing everything to the oncoming storm.

My Thoughts:
At the end of Shadow and Bone, Alina and Mal took off, leaving Ravka to escape The Darkling but are quickly swept away by a gang of Grisha privateers and their leader, Sturmhond. Together they find the second amplifier and return to Ravka to build an army to fight The Darkling and his Shadow horde.

I think my favorite character from the sequel was Nickolai so now I can finally understand why everyone loves him.
I'm looking forward to continuing and finishing this trilogy so I can continue on to the newer King of Scars!

We received a free physical copy of this picture book from the publisher in exchange for an honest review. All thoughts and opinions are our own.

Goodreads | Amazon | B&N | BookDepository
You can get this as a board book for just $3.99 at B&N right now!

Synopsis:
Fun and playful story by Margaret Wise Brown, best-selling author of the children's classics Goodnight Moon and Runaway Bunny.
Dig, dig, dig! Join the animals and machines as they dig an incredible journey of discovery underground in this imaginative story. This amazing adventure is brought to life by French illustrator Antoine Corbineau, using a patchwork of texture and color in his vibrant illustrations to bring the fun and energetic world of the diggers to life.


This fun book shows and tells us all about digging, from worms and rabbits digging their homes and dens to big machinery that digs holes through mountains for roads and train tracks. 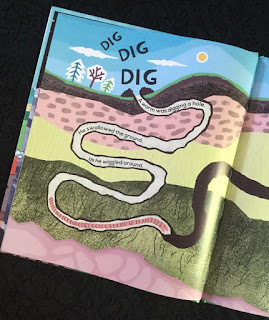 This is probably the perfect book for little diggers and lovers of creepy crawlies and big machines, but my pretty pink princess-obsessed daughter enjoyed it.


The illustrations are really fun and colorful, with lots of different textures and patterns, as well as paths, roads, tracks, and more for roaming eyes and hands to follow while reading!

My only disappointment was that with all the different types of diggers and digging involved in this picture book, there was no one digging in any gardens. That would have been much more relatable for my daughter and I, but we enjoyed it all the same!

Through the Woods by Emily Carroll (Graphic Novel Book Review)

Synopsis:
'It came from the woods. Most strange things do.'

Five mysterious, spine-tingling stories follow journeys into (and out of?) the eerie abyss.

These chilling tales spring from the macabre imagination of acclaimed and award-winning comic creator Emily Carroll.

Come take a walk in the woods and see what awaits you there...

My Thoughts:
Five delightfully macabre stories in graphic novel form, Through the Woods is both spine-tingling and satisfying!


The tales range from mysterious, to paranormal, to science fiction.
I most enjoyed 'A Lady's Hands Are Cold' which was more of a ghost story, but the first story, 'Our Neighbor's House' was quite mysterious and made me stop to think about the short story before I could go on.

It's darkly illustrated and rather macabre but still very beautiful and unique. I'd love to own it for the artwork alone if not for the stories!

This reminded me very much of Scary Stories to Tell in the Dark by Albert Schwartz, which I loved and reread many times as a kid, as well as Edgar Allan Poe, so it's a must-own if you love horror and dark graphic novels. 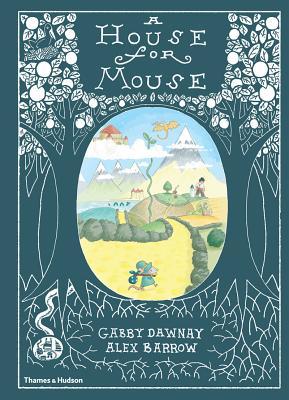 A House for Mouse
by Gabby Dawnay
Illustrated by Alex Barrow
Published by Thames & Hudson
on October 2, 2018
Length: 36 pages

Synopsis:
In a faraway land, a little gray mouse leaves his tiny hole in search of a new home. On his journey, he unwittingly encounters some of the biggest stars in the fairytale genre. He discovers a house shaped like a shoe (belonging to Old Mother Hubbard), which he concludes would be too noisy; he dines with a little pig in a house made of straw (awfully breezy); is flummoxed by a tower with no door (Rapunzel's); and dares to take a nibble from a most remarkable house made of gingerbread (narrowly missing Hansel and Gretal).

The little gray mouse is about to give up when he comes face to face with the most spectacular house of all: a glorious castle (Sleeping Beauty's). Its ballrooms, turrets, and drawbridge win him over, but he finds himself feeling alone, until--surprise!--his friends from the forest and all those he has met along the way come to the castle, where they feast and dance, and the little gray mouse learns that it is family and friends that turn a house into a home.

Children will delight in this fun, rhyming story with all of its rich references to well-known fairy tales.

My Thoughts:
When a little gray mouse decides to find a new house, he sets off on a journey across the land in search of the perfect place to rest his head, but none of the houses or dwellings he comes across seem to be the right fit. He tries the easily-blown-over houses of the Three Little Pigs, Rapunzel's doorless tower, and even a witch's tasty gingerbread house, but none seem quite right for a mouse. 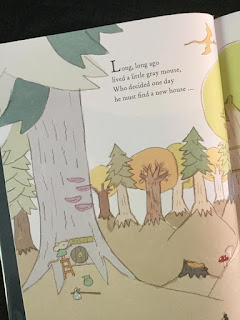 Join this little gray mouse on a fantastic journey through stories your little ones are likely to already know by heart such as Hansel & Gretel, Jack and the Beanstalk, and more!

This picture book starts out with a map, like all my favorite fantasy novels, so I automatically enjoyed it! The illustrations are very fun and I absolutely loved that the trees in the forests have faces!

This lovely little picture book has a wonderfully happy ending like all fairy tales should! I loved the dedication: "For all the children who do not have a home or are yet to find one."
Posted by StacyRenee at 3:30 AM No comments:

Synopsis:
Celebrate the four seasons of the year and all of the fun that comes with them with this lyrical, rhyming picture book from the author of I Heart You.

Sometimes it rains, sometimes it snows, sometimes the sun shines, and sometimes the trees change color. But no matter what the seasons bring, there is lots of fun to be had! This lyrical exploration of the four seasons and all of the wonder that they bring is illustrated with vibrant watercolors.
Our Thoughts: 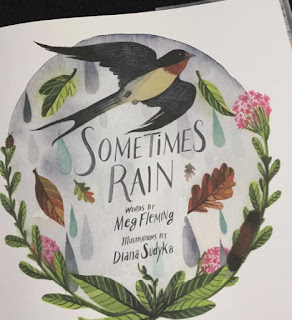 This is a lovely, lyrical look at the four seasons. The perfect read for any time of year! See what the weather has in store for us, how it affects us, and what we may do to enjoy it!

The watercolored illustrations are gorgeous! We especially loved that you can see the wind and blizzards throughout the seasons. There's tons of detail to draw the eye!

We picked this up thinking it was all about rain (perfect for our upcoming rainy season) but it turned out to be a fun romp through all four seasons! The rhyming couplets make it a quick read but also sort of dreamy and perfect for bedtime! 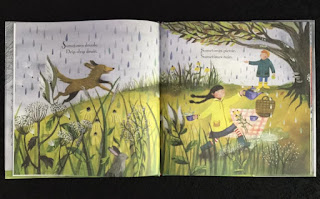 We received a free physical copy of this picture book from the publisher to facilitate a review. All thoughts and opinions are our own.

Synopsis:
There was a big sleepy bear and a little sleepy bear. Go through the motions with sleepy bears in Sleep Tight, Sleepy Bears, a sweet story from the hidden treasures of Margaret Wise Brown, author of the children's classics Goodnight Moon and The Runaway Bunny. Yawn, stretch, sing, and sleep tight with this book illustrated by Julie Clay. 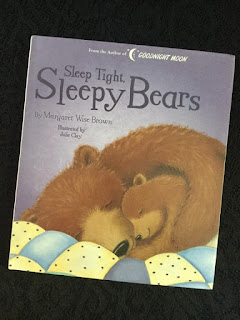 A very cute story about two sleepy bears; one big, and one small. This is the perfect bedtime story for little listeners.

Simple illustrations in calming pastel colors and the repetition and rhymes make this picture book the perfect choice for bedtime. It has a very soothing effect, very similar to Goodnight Moon! It will having you yawning in no time! 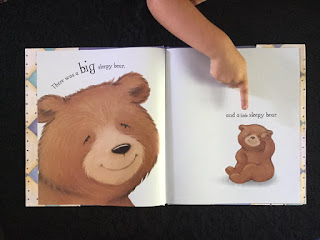 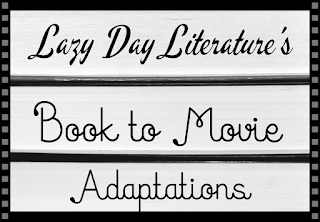 Do you read the book before watching the movie adaptation? Know of any upcoming adaptations that aren't on this list? Let me know in the comments! I'll try to keep this list as updated as I can!

The Art of Racing in the Rain
by Garth Stein
releases: August 9, 2019
(Goodreads) (imdb) (movieinsider)

The Call of the Wild
by Jack London
releases: February 21, 2020
(Goodreads) (imdb) (movieinsider)

The One and Only Ivan
by Katherine Applegate
releases: August 14, 2020
(Goodreads) (imdb) (movieinsider)

I'll be adding to and editing this list throughout the year so feel free to comment if you know of any new adaptations or updates!
Posted by StacyRenee at 3:30 AM No comments: